Reading Time: 6 minutesSpeech and language are very powerful elements of communication. First words are coveted by parents, and cute conversations with our little people can be the highlight of our days. So, what happens when our kids’ speech and language skills aren’t developing in a typical way? We spoke to speech and language therapist, Melinda Sturges from the child development team at Southside Family Health Centre, Central Health Partners, for some advice.

According to Melinda, what is “normal” varies widely. She says, “Speech and language development is more variable than physical development, there’s a wider range of ‘normal’ than with physical skills. There’s a wider window of when most children will start to speak. We do have rules of thumb, of course. By three, most typical children can speak in short sentences, and have a good vocabulary and simple grammar for describing what’s happening in their environment. Most children can be understood reasonably well by the time they’re three.” 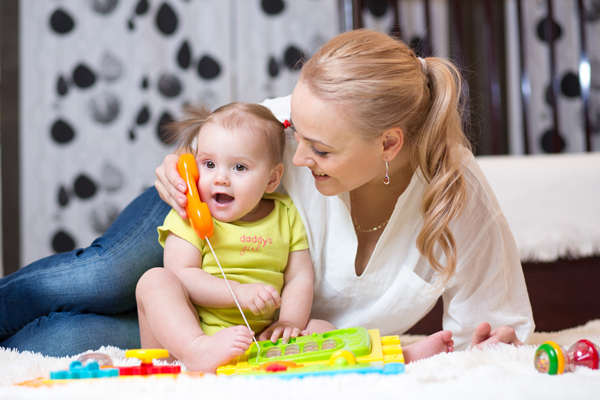 Interestingly, boys tend to be at higher risk for speech and language challenges and their progression is more variable. Girls seem to have a neater pathway in this particular area of child development. Dads will delight in knowing they’re right – science tells us women are natural talkers!

When it comes to speech problems, Melinda says, “Parents shouldn’t assume just because there is something wrong with early speech and language development their child has a serious disorder. That isn’t the case. Many, many children show a delay in their overall pattern of speech and language.”

Parents with concerns about speech – or those working through some identified delays – are not alone. Melinda says, “Of all developmental disorders, speech and language are the most common; especially in pre-schoolers.”

When it comes to speech and language, there are three common issues that present in young children. These are:

A lack of language

“The biggest cause of referral, other than issues known from birth, is failure of speech to appear,” says Melinda. “Quite often we see children who are coming up to two but who have quite limited speech. That’s something we’re obviously concerned about but we have to remember this is about their expressive language – the vocabulary they’ve learnt and how they’re using these words. At that stage, we’re obviously worried about it but we first want to identify how well they’re understanding language.”

By the age of two, ways to check language comprehension include seeing if a child can follow simple instructions; asking them to point to items they want; and noting if they’re starting to remember people’s names and everyday nouns, such as common objects and body parts. Melinda says, “In the early stages, it’s generally the comprehension of language that we’re more worried about.”

“Along with concerns about delayed language, many referrals are now made because the child’s pattern of communication is not following a typical sequence of development,” explains Melinda.

What does ‘the child’s pattern of communication’ mean? From a very young age, children quickly learn the rules of social communication. Melinda explains, “There’s so much awareness now of the early signs of autism. Parents are becoming much more alert to children who just don’t seem interested in social communication. They don’t attend very well to the language around them or react to common social cues. This can present as a kind of awkwardness because these children aren’t picking up important cues in a social context.”

In Melinda’s experience, parents are becoming more aware of these differences in the early stages of their child’s communication development. Often, these children are producing language – they may be picking up words or phrases from cartoons or movies – but they’re using it in an unusual way. It’s not how much language the child has, but in the way the child uses that language to communicate.

“Here again there are differences between children and very often they are gender- based, but not always,” says Melinda. There are some children who have a very efficient language learning system – they can hear a very complex word at the age of two and repeat it back, almost, with a mature adult articulation. There are other children who cannot do that – they have difficulty forming the sounds or building them into words accurately.”

So, how can mums know when their child is behind in this area? “There are fairly predictable stages of development of a young child’s sound system,” says Melinda. A speech therapist will be able to offer advice or reassurance as to whether there is any cause for concern.

Hearing and speech are closely linked throughout life, but particularly so in the early years of communication development. This seems very obvious but it is a powerful and symbiotic relationship. Children who experience recurrent ear problems, such as ear infections, can struggle with speech and language in their pre-school years. This is of particular importance for mums in Hong Kong, where pre-school years are known to be more academic for a young student. 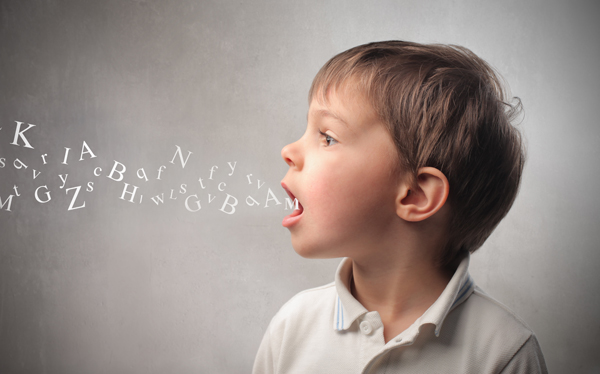 Melinda explains, “Children can experience intermittent middle ear problems, especially those who suffer from allergies and have constant sniffles. In fact, we see a lot of middle ear problems. It’s interesting because research tells us that intermittent hearing problems ¬– a problem where sound doesn’t pass through the middle ear because it’s blocked with fluid or sometimes puss from an infection – makes it more difficult for the child to learn a fixed system of sounds, which is what speech is. In fact, this type of intermittent hearing problem can have a greater impact than a permanent mild hearing loss. The inconsistency is the problem – if you’re sometimes hearing and sometimes not, you don’t develop very good listening attention. Sometimes, these are the children who have a lot to say but who aren’t alert to speech or to other sounds in their environment.”

If you’re worried about your child’s hearing, arrange for a hearing assessment to be carried out. Be sure to check the assessment centre has a good reputation for dealing with youngsters.

“Concerns about speech and language development are very common in the preschool years. And a speech delay or a slightly different pattern of development doesn’t necessarily mean there is a disorder,” reassures Melinda.

If you’re concerned about your child’s speech and language development, Melinda suggests mums make a few enquiries to create a body of evidence, including talking with your child’s teacher, to get a clear view of how your child is doing away from home and among their peers.

If your enquiries bring you to the conclusion you need an assessment, you can call a speech therapist directly for an assessment. Some insurance companies may require a referral from your GP, so if your coverage includes speech therapy, be sure to check the correct process before proceeding.

What happens at speech therapy?

“Speech therapy isn’t a medical procedure that’s done to a child that helps them get better,” says Melinda. “It’s more helping the parent to identify or learn things they can do to make changes in their communications at home that can make it easier for the child to learn.”

Often, sessions are more focused on coaching parents to help their child learn from interactions in everyday activities. The speech therapist will model the appropriate behaviour from parents in the session. In certain cases, the therapist might introduce some simple signing in the early stages of communication development. This helps the child to understand how to represent basic concepts and enables them to make simple requests,” explains Melinda. “Research evidence shows us that it’s much easier for a child to understand a visual sign than to process a spoken word.” 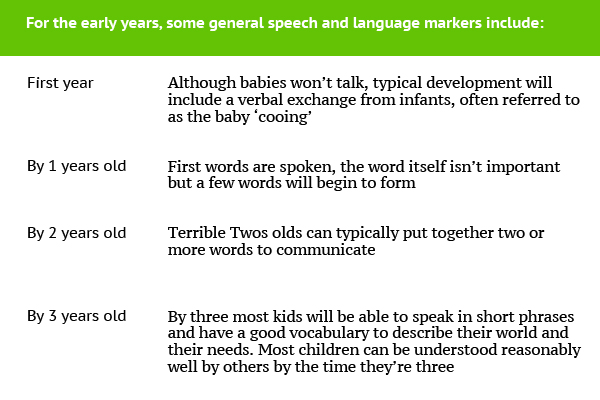 Early intervention is particularly important here in Hong Kong, where (whether you agree or not) early years school programmes can include an academic element such as phonics. If you’re facing a developmental challenge, your child could begin to struggle earlier than they might in places like Europe, the US or Australia because formal learning begins as young as two.

Melinda says, “Late emergence of spoken language can be a serious predictor of later language learning difficulties. When we look at children later on as they progress through the education system, those who start to show signs of a language-based learning difficulty, for example dyslexia, often have a history of initial delay in expressive language. Not always – and that’s important to note – it’s not always the case, but early speech and language difficulties can be an indicator that something not quite right in the language learning system.”

Melinda concludes, “Early intervention is important – for all children, but especially for boys who sometimes show a slightly later onset of speech. A ‘wait and see’ approach isn’t recommended in the area of communication development as language is such an important base for a child’s future learning.” If you are concerned at all, listen to your intuition and make an appointment with an expert.