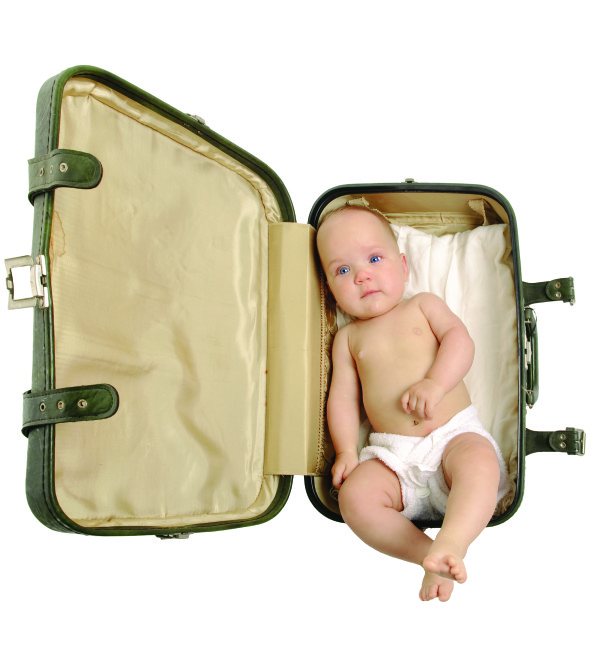 Even before leaving for the airport, going on holiday with a baby requires fearless bravery and organisation akin to a military operation. There are the tears and the temper tantrums — and that’s just the husbands when they can’t find their passports. But it doesn’t have to be that way — as long as you do your homework.

For a month-long trip back home to Australia recently, I was determined to take the hassle out of flying with my five-month-old son. I didn’t want to be one of those parents whose child emits hours of ear-piercing crying at 35,000 feet — and I certainly didn’t want to have to dodge accusing stares from fellow travellers. But I was left feeling especially nervous after my mother, on one of her regular visits to Hong Kong, recounted a story of how she had witnessed a young couple who refused to give up their bulkhead seat so that another couple with a baby could use the bassinet. The man told the stewardess, “I’ve had a hard day.” Obviously he didn’t have children — and hopefully never planned to.

As new parents quickly realise, travelling PWK (people with kids) class is totally different from SNW (single, no worries) class. The days of grabbing an overnight bag and your passport and heading for the airport are over when you have kids. So try to allow an additional hour or so to get to the airport and through passport control, or better still, check in your luggage the day before.

In our rush to the airport I forgot to pack a dummy — sucking on one is supposed to help reduce painful ear pressure during take-off and landing. It was probably no great loss as a clean toy served the same purpose. You’ll also need toys as a useful distraction ­— best are soft toys or little books you can clip on the seatbelt so they don’t end up on the floor. But if you’re organised enough, time a feed to coincide with take-off and landing as the sucking can really help reduce the pressure on little ears. 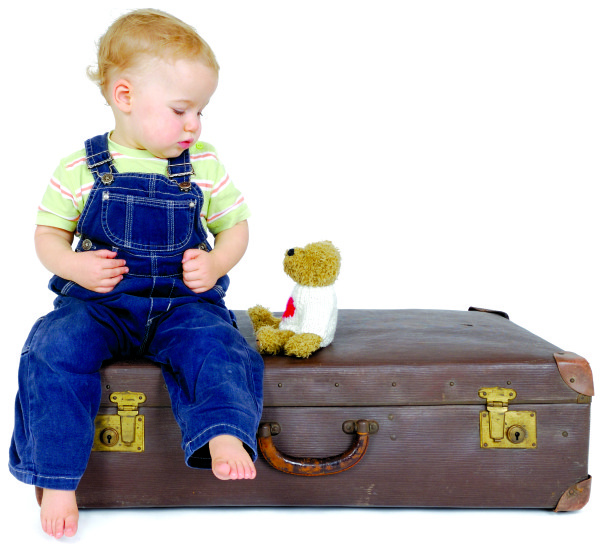 Perhaps one of the most important factors in booking a flight is the timing — daytime flights are preferable as there’s a lot to occupy babies and children. If your child is finicky about where they slumber, a night-time flight could spell sleep deprivation for all. Our plane took off early afternoon so I had hoped my son would get some kip in the bassinet as evening fell. But be warned, airline bassinets are badly designed — many hover around 75 centimetres in length, which means babies over six months often can’t use them and even mine had a hard time fitting in. Be aware that your baby’s unlikely to be allowed to nap for long periods in the bassinet. When the seatbelt signs are on (as they often are due to turbulence) you’ll have to take the child out of the bassinet and place them on your lap with an airline-supplied belt. Forget about buying one of those flight harnesses you see in the baby shops — these are not allowed by the airlines, no matter what it might say in the advertising. Most airlines have their own policies about the various ways children can be harnessed. For instance, Cathay Pacific provides infant belts that clip to yours. There is an option to take your own baby car seat but then you would need to buy an allocated seat.

Even though your baby will likely spend most of the flight on your lap, you’ll have to pay a considerable amount for the privilege. There is no such thing as a free flight, even for infants. Industry standards dictate that an infant fare of around ten per cent of the adult fare will be charged if the baby is under two and not occupying a seat (that means sitting on your lap or in the bassinet). If the infant is under two years and occupying a seat, the charge is usually 75 per cent of the adult fare. If you want a bassinet, book in advance as they are available on a first-come, first-served basis. Although your baby might not get much sleep in there, it will make life easier if you’re travelling by yourself and need to put him or her down while you grab a toy or make up a bottle.

This brings me to the issue that parents often grapple with the most — if your child is bottle-fed how do you feed them on the plane while keeping everything sterile? The most efficient way is to sterlise empty bottles just before you leave for the airport and when it’s feed time, rip open a UHT packet of ready-made formula and pour. If it’s a different brand from the formula you’re currently using, be sure to try it out on baby before you leave home. The other option is to use sterilised bottles and bring pre-measured powder in a sterilised container — you can buy these with a funnel attached at most chemists. When it comes to meal times just add the powder to bottled water you have bought once you’ve passed security. To warm the feed, it’s handy to bring along an empty thermos with a lip wide enough to fit the bottle in. Ask the stewardess to fill it with about an inch of boiling hot water and then when you’re ready place the bottle in the thermos for a few seconds. This is preferable to relying on busy staff to heat it for you, and in some instances, airlines refuse to do it because of “hygiene reasons”.

Remember you must bring your own supply of trusted water. Water supplied by the airline comes from the plane’s central tank and you can’t vouch it won’t upset your baby’s tummy. For security reasons, airlines will not allow you to bring large bottles of water on board so the best idea is to fill baby bottles before flying.

If you are travelling across time zones, jet lag can be a problem for baby so adjust his or her routine as soon as you get on the plane. If your destination is two hours ahead of your departure city, change your watch before take off and use that as a general guide for your baby’s sleep time and feeds. Some swear by adjusting your schedule by 15 minutes every day before you leave, but that is probably not necessary for trips with a few hours’ time difference.

If you want to take a pushchair on your trip, remember airlines generally do not allow them to be stowed in the cabin. Most airlines let you take the pushchair to the gate before boarding, then staff take it and put it in the hold. When you arrive it should be waiting for you on the air bridge. It’s also worth packing an extra change of clothing for yourself. My son peed on me during a nappy change and if you don’t want to spend the rest of the flight sodden, an extra T-shirt and jeans comes in handy.

Although our flight to Australia went off without any major hitches, the return trip to Hong Kong was not without drama. I was travelling sans husband and when he picked me up at the airport, he commented that our Bugaboo pram (which was enclosed in a special travel case) felt a lot heavier. I told him not to be silly and although he continued his protests, he lugged it home anyway. Later that night when unpacking, I noticed that the luggage tags on the pram were different. On closer examination, I noticed, to my horror, that it wasn’t my pram at all but someone else’s. Juggling the baby in one hand and my luggage in the other, I had not noticed the slight differences in the tags and the bag on arrival at the airport. Some frantic calls to the airline established that our pram was still at the airport and that we would have to bring the other pram back to Chek Lap Kok. So just like a battle waged in war, there’s no predicting what may happen when you travel with babies — no matter how organised you are! 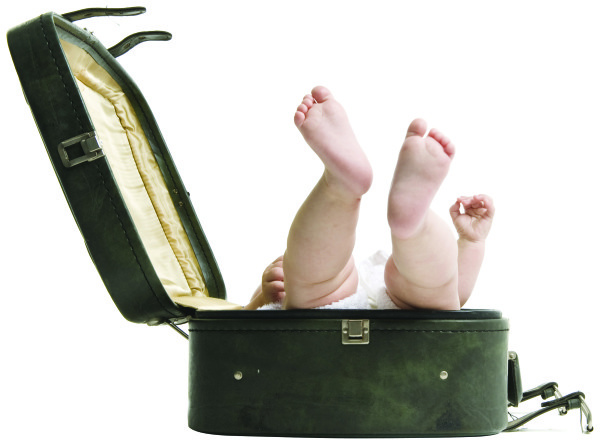