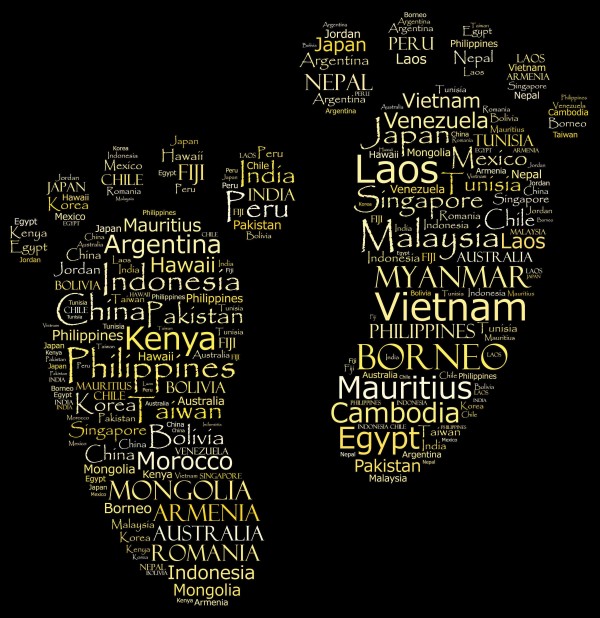 Hong Kong often trumps the lists of the most desirable expat locations worldwide, and foreign professionals working here revel in the news. In a city boasting great transport links to the rest of Asia, a standard of living that’s easy to adjust to, and the fourth-highest expatriate remuneration packages in Asia, it seems we have it all.

Yet take a closer look and you’ll see a shift in the flow of expats arriving and leaving Hong Kong – a shift that’s reflected in the nature of remuneration we are receiving. Quite simply, the expatriate package in Hong Kong is changing.

Yves Therien is the general manager of sales and marketing at Santa Fe Relocation, a company that often assists in moving corporate teams from the financial sector to and from Hong Kong. Yves spent four years in his first spell living in Hong Kong, then two in Beijing, before moving back to Hong Kong in 2007. He explains, “Companies are realising it is expensive to move people. It costs three to four times their annual salary – especially if they have kids. The whole thing is getting more expensive.”

Across all industries, it seems only senior management, such as those at director, executive director, managing director and CEO/CFO/COO levels, are moving to Hong Kong on full packages. Today, without extremely specialised skills and knowledge, there is less bargaining power for expats to negotiate packages. There are many locals with experience, including those who left pre-1997 and have returned after acquiring foreign citizenship, and the generous packages of 20 or 30 years ago have been phased out for all but a fortunate few.

“If you can get the traditional expat package that pays for schooling, housing, amenities and trips back home, you are doing very, very well. Some banks still have this, but many are localising contracts,” Yves says. “They are providing a much larger salary which, although taxable, gives the family the option to choose how they want to spend it.”

In this new model, expat positions might still include a housing or lifestyle allowance. If, for example, you’re offered a salary of HK$1,800,000 per year, you might receive an additional HK$150,000 per month, along with the freedom to choose how you’ll allocate it to housing, schooling and utilities payments.

That said, organisations understand housing and schooling fees in Hong Kong are huge factors in deciding whether to accept a position here. But it has also been suggested that media and industry reports exaggerate rental prices in Hong Kong by only factoring apartments in Central. Regardless, to help facilitate relocating an expat, companies still often need to offer a housing incentive to negate the employee’s worries.

Not only is the number of high-paying packages dropping, but the types of expatriate packages in Hong Kong are becoming more diverse, with more expatriates receiving compensation packages close to that of local colleagues.

“Certainly, we are still seeing a majority of executives from the banks coming to Hong Kong, but in other industries we are looking at more junior placements,” says Yves. “These days, many [expats who are] moving to Hong Kong are often single or very young couples.”

So if they’re not coming to Hong Kong in the high numbers of bygone days, then where else are expats going? The natural shift for many expats who have been building businesses in Hong Kong is often to move to mainland China.

Josh Ho, a financial analyst who has lived in Hong Kong and Shanghai says, “Hong Kong is billed as the gateway to China, but it’s still not ‘real’ China. Doing business with the major cities, such as Shanghai and Beijing, is hard. There is a cultural barrier of sorts. You might as well just move there.”

Perhaps for the first time there is a greater shift of expats moving to other Southeast Asian destinations. Singapore has long been a key market for expats to transfer to. Yves from Santa Fe explains, “Our biggest traffic line is the Singapore-Hong Kong route. We have 25 to 30 moves to Singapore every month, with around 20 coming back this way. Over the last few years we’ve seen a number of head offices move from Hong Kong to Singapore, but we’ve also seen them move back. It all depends on how much business they have in China.”

The hotly contested debate of “Singapore or Hong Kong?” seems to shift backwards and forwards as much as those who move between the two, but for many expat families with young children, the lion city currently seems to be more appealing.

A lot of it has to do with schooling. Stories of expat families pulling out, even at the final stages of negotiating a transfer to Hong Kong, when they encounter the notoriously difficult school enrolment system, are not uncommon. With an educational system that easily matriculates all your kids into the same school, and the much-cited cleaner air, Singapore is an attractive outpost for those with children.

One such expat is Catherine Freeman, who moved to Singapore from Hong Kong. “I loved Hong Kong dearly, but when an opportunity [in Singapore] came up for my husband at a comparative salary, we knew it was time to leave,” she says. “I’d put up with taking our two children to different schools, both of which were not our first choice, for long enough. Since we moved here, I’ve wondered why we didn’t do it sooner.”

It’s not just the big cities like Singapore, Shanghai and Tokyo that are drawing expats. Rather than returning to their home countries where economies may still be stagnant, once they feel ready to move on or an assignment has ended, many expat families are looking into other options. Cheap flights and improved technology are making it possible to have a great quality of life in cities once deemed remote or “hardships”.

James Incles is managing director of ESG Search, a recruitment company that places professionals in jobs across the energy, natural resources and environmental sectors. James spent four years recruiting in capital markets in Japan and two in London before moving to Hong Kong to set up his business in Asia.

“We are certainly seeing a shift of expats who are not in the financial services moving to countries not centred on banking. If you look at the economy, the Fortune 500 companies in natural resources, gas, oil and manufacturing are all based in Southeast Asia. Economies such as Indonesia, Malaysia and Thailand are growing quickly and so, while a lot of the corporate headquarters are still in Singapore, local offices are opening across the region,” he says.

Bob Knight and his family moved from Hong Kong to Vietnam in 2012 when he accepted an offer to lead the operations of an oil and gas exploration company. His expat package provides schooling for his two teenage daughters at an international school, flights back to the US every year, a 400-square-metre villa with a pool, a nanny, a helper and a driver. “The cost of living is very low and yet the standard of living here and lifestyle we lead is a joy. I first visited here in 2000, and I am still amazed by how quickly things are changing,” he says. “We have a lifestyle that, as a family, we couldn’t enjoy elsewhere, and [the villa] is very different to the apartment we had in Hong Kong. My only complaints since moving here are the traffic and driving, but, thankfully, we have a driver to ease my concerns!”

It’s not just Vietnam where foreign professionals are being attracted by improving standards of living and the possibility of a full expat package. Foreign investment has been very good to Indonesia which, during its current business boom, has developed a nearly US$1 trillion economy that’s growing at six per cent each year. With huge oil and gas reserves, and a developing infrastructure to serve the population of 243 million, there are increasingly significant opportunities for expats.

Yves says that Santa Fe has also assisted moves from Hong Kong to the Philippines, where a new government has become more attractive to foreign business; Thailand, another country creating opportunities for growth in natural resources; and India. Two newer additions to the list are Mongolia, which is opening up its vast mining reserves, and Myanmar.

The only Southeast Asian country that seems to be bucking the trend is Malaysia. While a senior manager may still be offered a full expat package, the Malaysian government has set a quota on the number of foreign nationals allowed per number of local workers.

So what does the future hold for expats in Hong Kong and the packages they may be offered?

“It depends on what China does with Hong Kong,” says James from ESG Search. “The biggest danger is how many professionals in Hong Kong work in the financial services industry. If the downturn goes on, or the financial industry moves to Shanghai as is tipped, what industries are going to be in Hong Kong? When a country is so reliant on one sector it leaves itself vulnerable should there be a crisis of some kind,” he says. “That said, I still think Hong Kong will be a great place [for expats].”