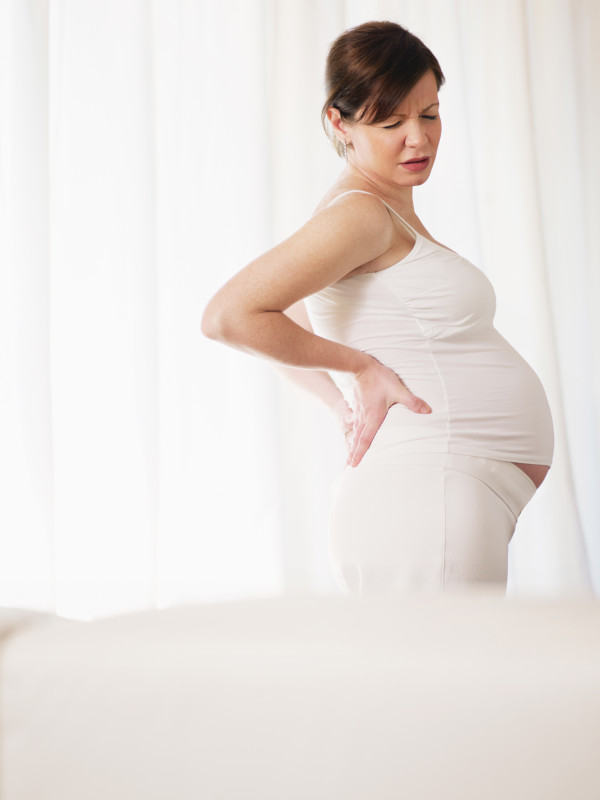 A few weeks into her second pregnancy, Cathy Davison started to feel sick every morning. Within a couple of days, she was feeling sick – and being sick – all day, every day. Rather than “eating for two” – or “eating for three” in Cathy’s case as she was pregnant with twins – Cathy couldn’t keep anything down. When even the smell of a glass of water made her feel nauseous, she realised that the extreme form of morning sickness that had affected her first pregnancy was back to complicate her second.

While about 75 per cent of women experience the common – albeit unpleasant – symptoms of nausea and vomiting of pregnancy, Cathy was suffering from hyperemesis gravidarum, a condition which is estimated to affect from half a per cent to two per cent of pregnancies. Sufferers can vomit 20 to 30 times per day or more, and their physical discomfort is often compounded with the emotional worry of what this involuntary starvation might mean for their developing baby. For some, the symptoms can disappear at the end of the first trimester of pregnancy, but for others, the constant nausea will continue right up until birth.

Women who experience hyperemesis gravidarum with one pregnancy are likely to suffer with it during subsequent pregnancies, a fact that puts many women off becoming pregnant again. In some extreme cases, women have requested terminations as their symptoms have been so severe. What causes the condition is not known, although it is thought that it may be linked to the elevated levels of the pregnancy hormone human chorionic gonadotropin, which increases after conception. Increased oestrogen during pregnancy may also play a role, as may a deficiency in vitamin B.

Whatever causes hyperemesis gravidarum, living with it is a challenge. Cathy, who has lived in Asia for 12 years, explains, “I could hardly function. I was trying to care for my four-year-old daughter, Evie, but it was almost impossible. I couldn’t take her anywhere, or do anything with her. Once, when we were in the supermarket together, I fainted. I didn’t have a helper at that point, but I had to hire one, mainly to take Evie to the park or playdates – I was retching pretty much constantly, and had to order a taxi just to go a couple of hundred metres to school. My husband had to keep getting home from work early so he could bathe Evie, and he had to take her out at weekends, as I could barely leave the house. I also needed help cooking for Evie – I couldn’t cook, as the smells made me feel so sick, so she had been living on sandwiches.”

Almost as irritating as the condition itself was other people’s “helpful” advice. Cathy says, “People would tell me that it was mind over matter, and that I shouldn’t think about it. Or that I should try ginger – I had tried everything, but nothing helped. It got to the stage where I didn’t want to get out of bed in the morning, as I couldn’t face another day of being sick and retching all day, and I was exhausted, as I was pretty much starving.”

Extreme sensitivity to smells, known as “hyperolfaction”, is another symptom of hyperemesis gravidarum. Most smells made Cathy nauseous. “It was hard to have a shower, as I couldn’t stand the smell of the toiletries and water in the bathroom, and I couldn’t brush my teeth for a week, as it made me so sick,” she says. “My sense of smell was so over-sensitive that I couldn’t drink water out of a glass, as the smell put me off – I had to just try to keep taking small sips from a bottle of water so I couldn’t smell it so much. I was surviving on a few sips of water a day. It was miserable.”

When women are struggling to keep any food or drink down, medical help is essential, as dehydration and electrolyte imbalances need to be redressed. The main treatment for hyperemesis is rehydration through a drip. Tackling the nausea is more difficult as, although many anti-sickness medications exist, many are not licensed for use during pregnancy.

Cathy discussed her constant sickness with her doctor when she was six weeks’ pregnant, but he presumed it was the usual nausea and vomiting of pregnancy, and tried to reassure her that her babies would make sure they got all the nutrition they needed from her, even if she was left feeling weak and tired. However, a week later, Cathy saw her doctor again. This time, she had lost weight. The doctor ran some tests and found ketones in her urine – an indicator that her body was starting to operate in starvation mode. She was also deficient in vitamin B. These three factors indicated that she needed treatment for hyperemesis.

Cathy was given an injection of an anti-nausea drug (which the doctor said she could have only once during her pregnancy), given vitamin B supplements, and put on a drip to rehydrate her. She ended up in hospital on the drip for four nights. “I did start to feel a bit better while I was on the drip – I even felt a bit hungry,” Cathy says. “One thing that I found very hard was that one of the nurses told me that when I left hospital I would have to try to eat for the sake of my babies. That was why I was there! Because I couldn’t eat, not because I didn’t want to eat. It was very thoughtless.” 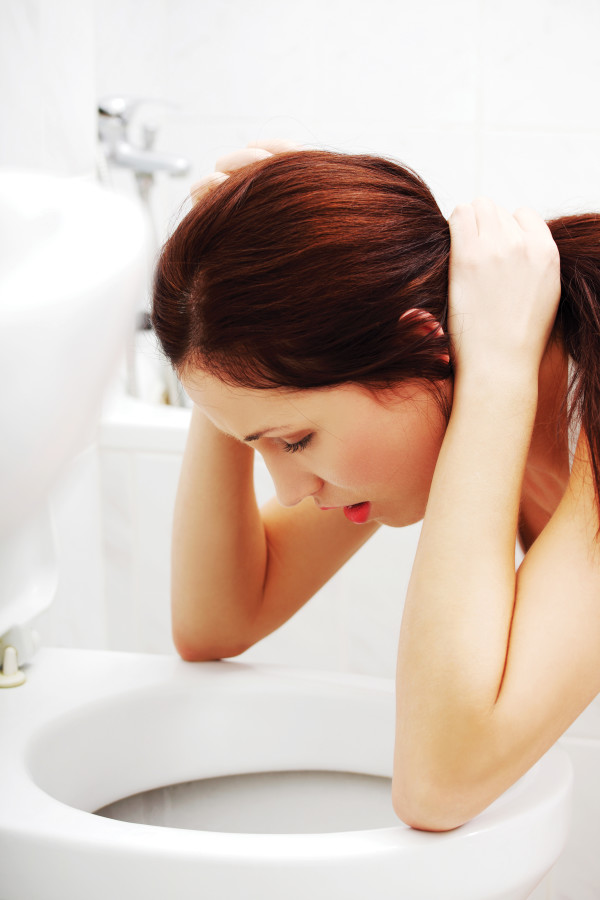 As soon as Cathy got home, the constant sickness started again. She struggled on, sipping water from a bottle, sucking on “Preggie Pops” (an Australian brand of anti-nausea lolly) and trying her hardest to keep even the tiniest amounts of food down. At 18 weeks, the symptoms subsided a little, although she felt nauseous right up until the day she gave birth, and could never eat later than 4pm throughout her whole pregnancy, as it made her feel so sick. When her twins, Oliver and Lucy, were born, Cathy could finally get back to eating normally. She had put on just five pounds during her pregnancy.

As Cathy had suffered with hyperemesis in her first pregnancy, and her mother had also had it (there is thought to be some inherited link) Cathy knew that her chances of experiencing it with this pregnancy were high. She says, “Yes, hyperemesis was horrendous, and I dreaded going through it for a second time, but I wanted more children so much that I knew I had to get through it. It was hard physically, but it was also hard mentally – I worried especially that I couldn’t keep my folic acid down, and that the babies might be harmed by that. But in the end everything was fine. Although it was an awful nine months, it was worth it.”