The business of c-sections 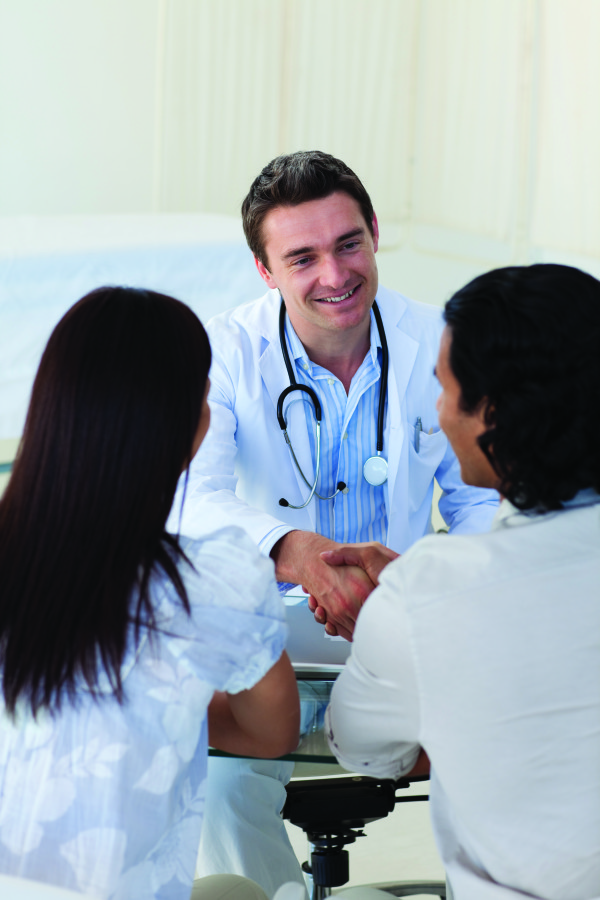 The sensation of my firstborn entering the world after we each did our part to make it happen was the most empowering experience of my life. That was why I was devastated when my second baby was breech, unable to turn and destined for a Caesarean section delivery. I know I made the right decision based on medical research of breech presentations, but the recovery after this major abdominal surgery was horrendous compared to my first delivery, and it still bugs me that someone else took over my job.

There are pro-Caesarean women who either are “too posh to push” or want to schedule a birth within a limited timeframe for maternity leave and visiting relatives. And in Asian cultures, many women prefer a scheduled Caesarean to secure the most auspicious date for the child’s destiny, as advised by a feng shui master. These women are usually at peace with their decision.

But there is a large group of women who accept a C-section diagnosis without a clear medical reason and then never quite recover psychologically. They regret surrendering to the pressure from doctors and hospital staff. Critics of this soaring trend have suggested that our society’s casual acceptance of non-medical surgical procedures is fuelling a business for C-sections.

“When I was six weeks’ pregnant, my doctor told me that because I was small and my feet were small, I would probably end up having a Caesarean section,” says Jenny, a young and healthy mother of three. “I told him all the way through that I wanted a natural birth and not a C-section. When I was 39.4 weeks, he told me that because the head wasn’t properly engaged, I would most likely end up having an emergency C-section, so why not just schedule an elective one?”

Jenny started natural labour a few hours before that scheduled Caesarean section but wasn’t offered a chance to try to deliver naturally. The same doctor automatically scheduled Caesareans with her second and third pregnancies. The babies weren’t any bigger than normal, with Jenny’s first baby weighing 3.59kg at birth, the second weighing 3.03kg and the third weighing 3.29kg – all average-sized newborn birth weights.

“I knew Hong Kong was C-section central,” says Jenny. “Looking back, I don’t feel it was necessary for the first two and subsequently wouldn’t have been for the third. I would urge others not to be as weak as I was with my doctor. I wish I had been strong enough to fight for my choice.”

The 2008 documentary The Business of Being Born treats birth choice as a women’s rights issue and suggests that maternity care decisions in the United States are driven by physician and hospital convenience and financial gain. In fact, starting in January 2014, the organisation that accredits American medical institutions will mandate that hospitals implement strategies to decrease the Caesarean section rate in low-risk women. No such regulation or monitoring system exists in the Hong Kong private sector, where hospitals and doctors can have Caesarean section rates exceeding 50 per cent and remain unchecked.

The World Health Organization states that any country in the world with a Caesarean section rate of more than 15 per cent does more harm than good. The Hong Kong rates are well above this threshold.

A 2012 editorial in the Hong Kong Journal of Gynaecology, Obstetrics and Midwifery confirmed that the Caesarean section rate among public hospitals – where delivery costs are absorbed by the institution – ranges from 20 to 30 per cent. The rate among private hospitals – where delivery costs are charged to patients – is a whopping 60 to 70 per cent.

Public teaching hospitals are research-based institutions that follow evidence-based guidelines and international standards of care. In obstetrics, the evidence shows that vaginal delivery is safest for the mother and baby, so it is logical that public hospitals would have relatively low C-section rates.

But unlike the government-run public hospitals, the fees for private doctors and hospitals are substantially higher for elective Caesarean sections and higher still for emergency Caesarean sections. And private hospitals add extra “auspicious day” fees for bookings on especially notable days in the Chinese calendar.

Planned Caesareans also offer a better work-life balance for healthcare providers. Instead of waiting around while one patient labours, they earn more by slotting in more consultation and delivery fees during the day and still make it home in time for dinner. Is it a coincidence that surgical births dominate the profit-driven sector?

“It’s only human to be tempted by a more predictable schedule in maternity care,” says Hulda Thorey, registered Hong Kong midwife. “When a client goes into labour, it disturbs the whole day. I have to reschedule all of my other clients and commitments. I’ve missed many of my daughters’ birthday celebrations and school events. You can see how a first-time mum might be influenced to schedule her delivery instead of waiting for labour to begin.” 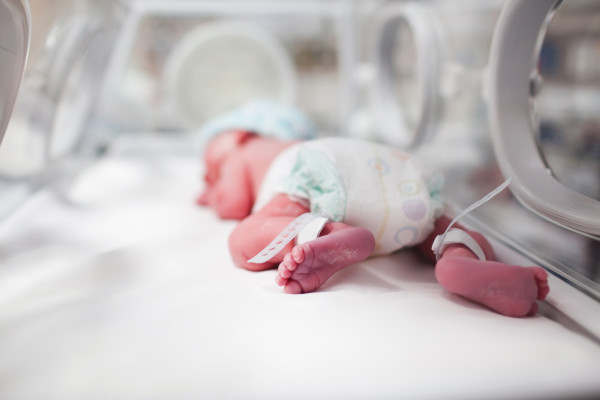 According to the Royal College of Obstetricians and Gynaecologists (RCOG), when compared to vaginal birth, the risks of Caesarean delivery to low-risk women include severe blood loss; blood clots; uterine, wound and urinary tract infections; bladder and bowel injuries; an emergency hysterectomy; complications from anaesthesia such as nerve damage; enduring incision site pain and (although very rare) an increased risk of death. It also is widely documented that there is a longer recovery time for mothers after a Caesarean section than a vaginal delivery.

A woman who has had one Caesarean has a 90 per cent chance of having another. And women who have more than one Caesarean have a higher risk in subsequent pregnancies of premature births, stillbirths, uterine ruptures and a significantly higher risk of placenta praevia and placenta accreta.

Risks to babies born by Caesarean delivery include incision cuts and short- and long-term respiratory problems, including asthma. However, not all doctors interpret the known risks in the same way.

“Caesarean section delivery is safest for the baby, and you can’t argue with me on that,” says Dr Arabinda Ghosh, consultant obstetrician and gynaecologist at Matilda International Hospital. “With vaginal deliveries, if there’s the slightest hint of a problem, you have to act quickly.”

Across medical literature, only about 5 per cent of all Caesarean sections are classified as true emergencies. Most of the indications for Caesarean deliveries – elective or emergency – fall within a grey area where the final judgement usually lies with the obstetrician.

While size is often suggested as an indication, the medical diagnosis for a pelvis that is too small for the baby’s head – known as cephalopelvic disproportion (CPD) – affects only approximately three to four per cent of women and is caused by either a pelvic fracture or a severe vitamin D deficiency (rickets), which is very rare in the developed world. Neonatal scans have a wide margin of error, so a foetus that registers as 4kg on a scan might actually be 3.6kg upon delivery. The Australasian Society for Ultrasound in Medicine states that “no formula for estimating foetal weight has achieved an accuracy which enables us to recommend its use.” Public hospitals in Hong Kong do not use neonatal scans to measure foetal weight during pregnancy but instead focus on foetal position, which is the internationally accepted predictor for determining birth strategy.

Failure to progress in labour, which pro-natural childbirth advocates translate into a “failure to wait” in labour, is a subjective indication that often leads to an emergency Caesarean because women do not receive adequate support in hospital with patience, positioning and movement, comfort measures, nourishment or rest.

Foetal distress, otherwise known as “the baby’s in danger,” is the precursor to a battle cry by panicked hospital staff who storm the operating theatre with an exhausted, disoriented patient. However, continuous foetal monitoring during labour has been associated with greater likelihood of Caesareans because hospital staff – even obstetricians – often misinterpret or overestimate the data. And medical research has concluded that foetal monitoring does not improve morbidity or mortality outcomes for either the baby or the mother. 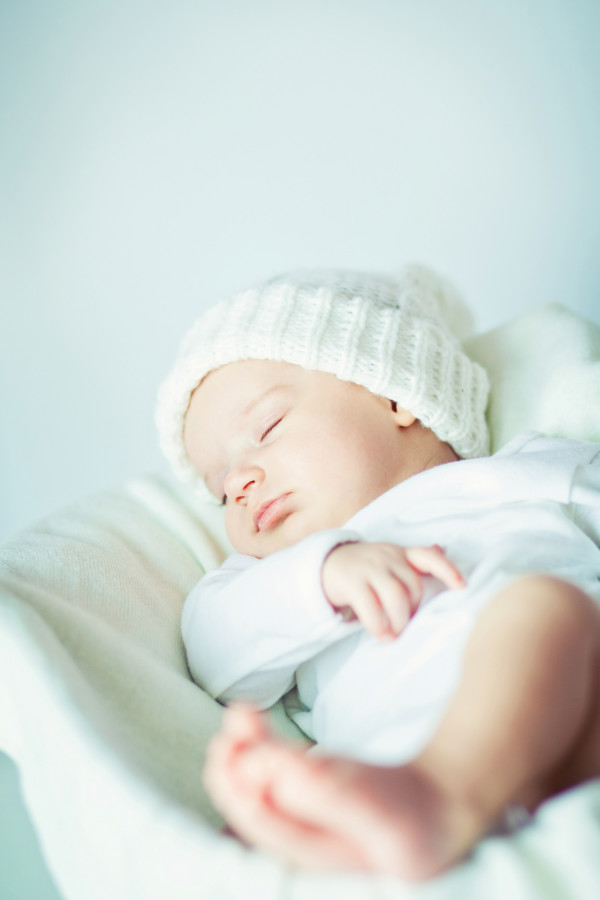 Take charge of your delivery

So how can women maximise their chances for a vaginal birth in an obstetrician-led maternity environment such as Hong Kong?

The best way to minimise the chance of an unnecessary Caesarean section is to research choices for a doctor and consider hiring a midwife at the beginning of any pregnancy. Midwives are trained to support vaginal births, but obstetricians are trained surgeons with different practice styles, perceptions of risk and tolerance levels of labour. Ask for their C-section rates and crosscheck their reputation with as many friends, networks and online sources as possible to determine where they fall between their vigilance towards a disaster waiting to happen and their support for the physiological birth process.

“No obstetrician should tell you that you have no chance of a vaginal delivery if you don’t have any risk factors,” says Dr Lucy Lord, an obstetrician and partner at Central Health Medical Practice. “If you are not sure why your obstetrician is advising you to have an elective Caesarean, ask for the reasons to be put in writing. It should then be much easier to clarify any misunderstandings and, if necessary, to obtain a second opinion.”

“Find the best team that will support you early in your pregnancy and make changes if you detect any early warning signs,” Hulda says. “Doing what is best for you should not be a battle. It’s important to feel in control of your birth for your own peace of mind.”