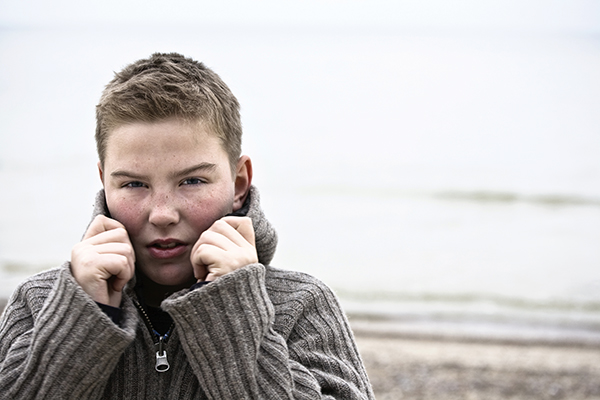 Teenage boys really have a raw deal. At the same time that their self-image and street credibility is of primary importance, their bodies go through a phase of not doing what they want them to. Growth spurts, clumsiness, pimples, oily hair, body odour, cracked voices and strange sprouting hair can be embarrassing. In addition, their hormones are raging, making them moody, irritable and easily frustrated. As if this wasn’t enough, their ability to make rational decisions, such as to be organised, plan and follow through on activities, and make good choices, is somewhat limited as a result of the re-growth of the frontal lobe of their brain.

Witnessing this is enough to induce sympathy and compassion from any parent. However, the prospect of sitting down and discussing these changes with your son may be enough to make you want to run for the hills.

Talking about body changes can be difficult. It’s a subject that, probably, both you and your son would prefer not to talk about. However, there comes a time – which in itself is difficult to decide upon – when parents should talk to their sons about body changes and the associated topics (such as dating and safe sex).

Accepting that it will be an awkward conversation is the first step to approaching it. Secondly, it’s important to consider whether your son is ready to have this talk. Although he – or you! – may never be fully ready, there will be a time when you recognise that this talk is necessary. Indicators are when he starts to compare his physique/body to that of his friends or his peer group, when he becomes interested in girls/dating, or generally becomes more self-conscious about his body. It’s also worth considering how mature your son is.

Your son probably knows more than you think he does. Children are exposed, at younger and younger ages, to all sorts of sexual information, from video games, to TV, to the internet. However, this information may be inaccurate or misrepresented, or misunderstood, which is exactly why it’s important that you talk to your son about puberty, and not rely on other sources.

What to talk about

Boys will generally start puberty later than girls, typically from around age ten until 16 or 17. Interestingly, boys are usually genetically predisposed to start puberty at the same time their fathers did.

The physical changes that your son will experience are considerable: his height and weight will increase, shoulders will broaden, muscles will develop, pubic, underarm and facial hair will start to appear, and both the testes and penis will grow larger. In addition, his voice may crack and get deeper, skin and hair will become greasier and oilier, and the unlucky ones may experience pimples/acne.

Around this time, he will experience new sensations such as frequent erections, wet dreams (uncontrolled ejaculation when sleeping) and more sexual thoughts in general. Erections can appear anytime, anywhere – even when he’s not thinking about something particularly sexual. One of the biggest worries for a boy in puberty (and onwards) is that if this happens in public, someone might notice. Reassurance that it can easily be hidden behind a well-placed jacket or bag can put his mind at ease.

When a boy experiences his first wet dream, it might cause distress and shame; he may think that he has wet himself! It’s important to reassure him that this is normal. It may be helpful to explain what has happened, why, and that all his friends will encounter the same thing at some point.

Self-awareness and image are at the forefront of a teenager’s mind. Therefore, physical or noticeable changes often have the greatest impact on their self-image. Teenage boys are often frustrated when their voices start to crack – part of the problem is that they can’t control it and don’t know when it will crack and for how long. Dads: If you can tell your son stories of when you went through the same experience, it will let him know it’s normal, and will reinforce that he will ultimately have a voice like yours that’s much deeper and manlier.

Spots, pimples, acne and any other names you might call them are the bane of most teenagers. However, unlike when many of us were kids, there are now multitudes of products and treatments available to effectively treat this condition. Regular hygiene should be encouraged, but, like oily hair, it’s part of the process of puberty that some adolescents experience due to hormonal changes. It’s important to clarify that the cause of acne is not due to a poor diet (e.g, eating chocolate or fast food) or poor hygiene (although you may be tempted to use both examples as a way to deter these behaviours!). Reinforcing that this is most likely a temporary condition may help ease the stress.

These body changes can embarrass some preteens and teens, and they can become concerned that they are not developing as quickly (or as slowly) as their friends. Explain to your son that boys’ and girls’ bodies will change at different rates, and that comparisons are not helpful, as they are simply different people. Your son will have a different type of body from his friends, just as he will have different strengths and weaknesses at school or in sports.

When embarking on this discussion with your son, it’s often best that you have low expectations regarding his contribution. He is likely to provide you with well-practiced, monosyllabic responses such as “yeah”, “I don’t know”, or “I don’t care”. But try not to get discouraged: hearing your advice is likely to bring him huge relief and he will almost definitely listen to everything you say (although he might not let you know it).

Talking about your personal experiences at his age may go some way to normalising the whole experience for your son, especially how you coped with the adjustment to your new body. Obviously, do not tease your son about his pubertal changes, especially the cracking voice. The most important message you can give as a parent is that you are open to listening, anytime. This alone can help him work towards fostering a positive body image and open the doors to further communication.

“The most important message you can give as a parent is that you are open to listening, anytime. This alone can help him work towards fostering a positive body image and open the doors to further communication.” 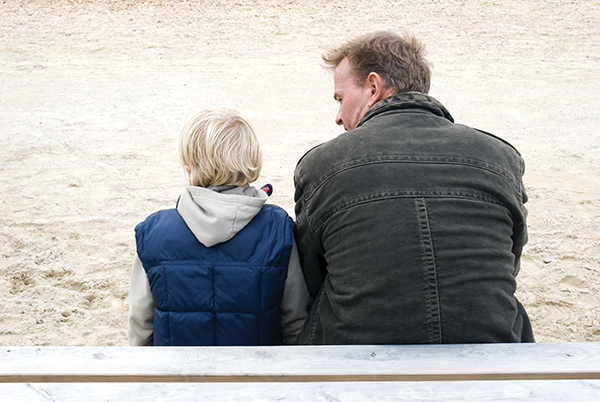