Reading Time: 7 minutesIt’s hard enough to get young children to learn a new language – especially one not spoken at home – and they’re not old enough to challenge parental authority. With older children, who have never learned a foreign language before, you can expect outright mutiny.
So what should you do if you have older children who you want to learn Mandarin?

While every person’s experience is different and it is impossible to suggest a formula to motivate and educate, I will share with you two very different real-life experiences that include many common challenges faced by older learners of Mandarin. By looking at their experiences, we can begin to identify some of the factors that might help you design a suitable course of learning for your child and set those all-important expectations. 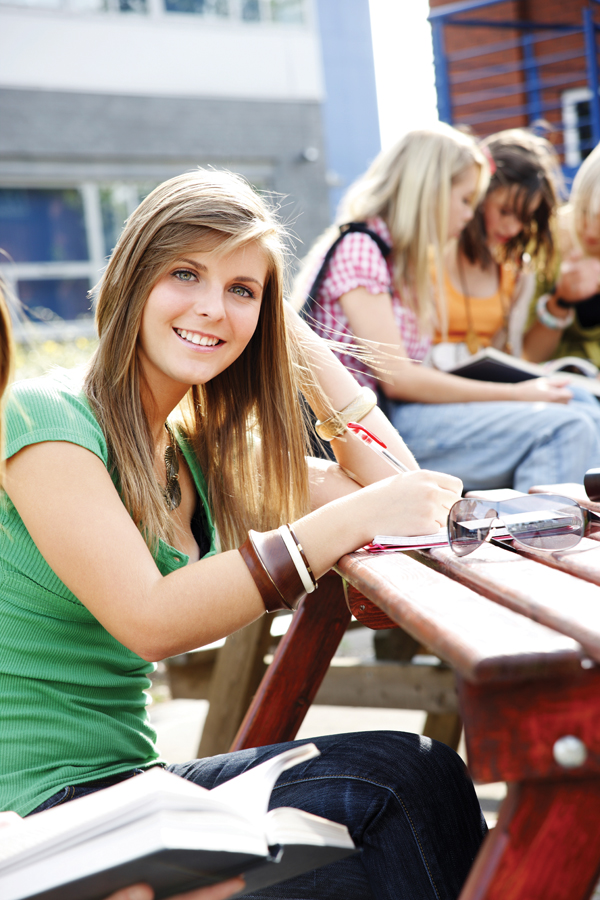 Jacqueline was 14 years old when she and her family moved to Hong Kong. Originally from Australia, Jacqueline had never learned Mandarin before. Her parents felt that the opportunity to learn Mandarin while in Hong Kong was not to be missed, and enrolled her in a bilingual international school.

As Jacqueline was joining the school mid-term, she was faced with fellow classmates who had already been learning Mandarin from primary school. This was a huge struggle for Jacqueline. Not only did she have to deal with a new country, a new school and making new friends, she found herself unable to understand much of what was going on in class and increasingly felt like she was getting left behind academically. She began to dread going to school and, in particular, Mandarin classes.

I met Jacqueline’s mother when she enrolled in one of our adult classes. She had asked me what she should do to help her daughter. My first response to her was: “Change school!” This may seem pretty radical, but in my view, as a 14 year old in a new country, Jacqueline faced enough challenges not to be burdened with having to catch up with years of Mandarin learning. Even though I teach Mandarin and promote Mandarin learning, there are less emotionally stressful ways to acquire some Mandarin knowledge.

But as their corporate debenture was for this bilingual international school, it was impossible for Jacqueline’s parents to let her change school. So Jacqueline’s mother engaged us to give her daughter extra help with Mandarin every Saturday. Our lessons with Jacqueline focused on helping her cope with the workload each week at school – helping her, albeit retrospectively, to understand what had gone on in class that week. This helped a little as she began to be able to follow what was being taught at school. In addition, her mother spoke to teachers at Jacqueline’s school and they responded by offering her extra Mandarin classes to help her catch up with her peers.

Jacqueline’s mother felt she should have secured these extra classes earlier, so her daughter need not have struggled for so long before finally getting help.

Jacqueline and her family have since left Hong Kong. They were here for only two years. But Jacqueline’s experience in these two years have marred any interest she may have had in learning Mandarin and, sadly, to this day, she does not want to talk about the two years she spent learning the language. 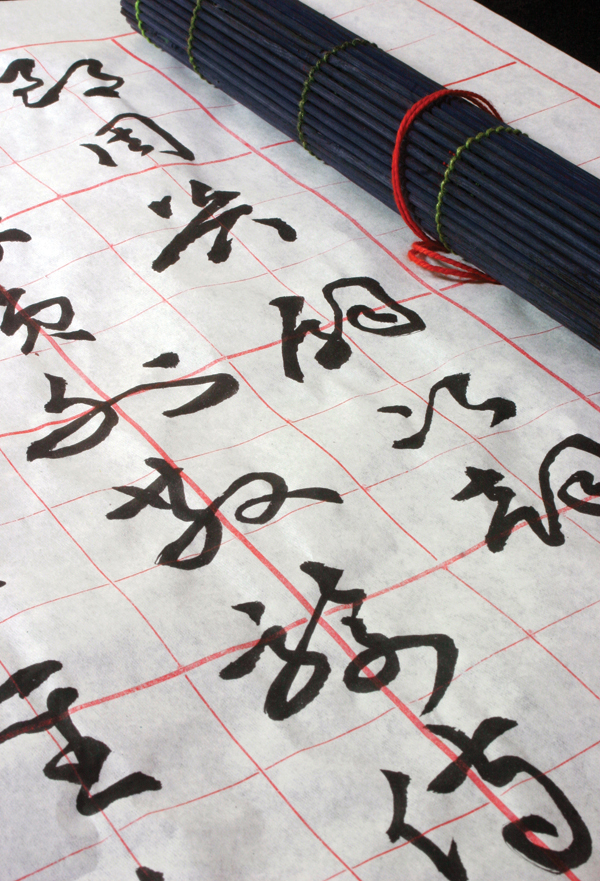 Jacqueline was a typical teenager and she was in a strange, new country trying her best to fit in. The added burden of having to become bilingual quickly most likely made her feel like an outsider. Mandarin wasn’t a fun new skill to learn in her spare time or a way to make new friends, but rather:

My conclusion is that, unless there is a compelling reason to do so, do not throw a teenager in at the deep end of learning Mandarin – especially when they have just moved to a new country and a new school. 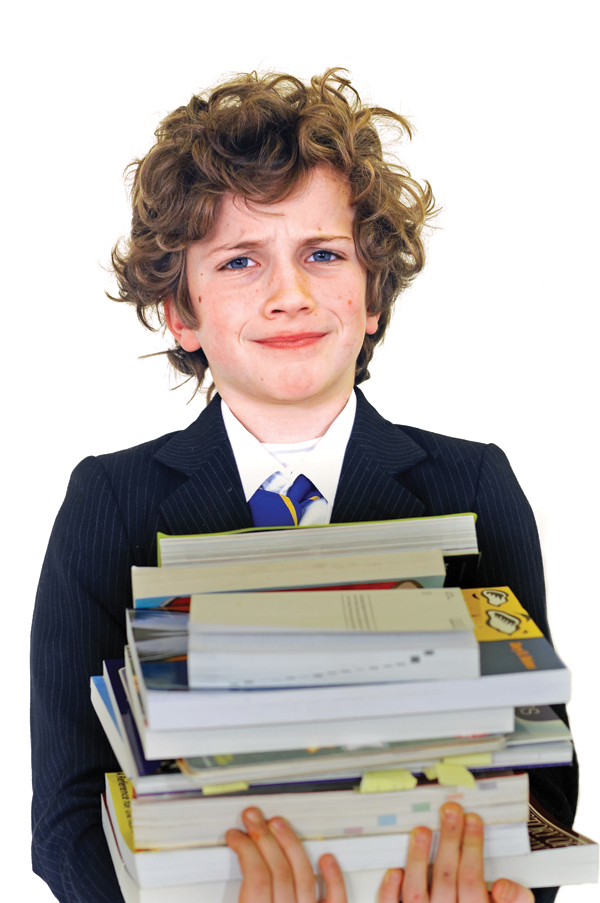 Roman is a French boy who was born in Hong Kong. His parents have lived in Hong Kong for over 15 years. Prior to starting Mandarin lessons at eight years old at his international school, Roman had no exposure to Mandarin. His family language is French, although his father did take some Mandarin lessons. Both parents wanted their son to learn Mandarin, so when the opportunity came up at his school, they were happy.

Roman was good at Mandarin and genuinely seemed to enjoy the classes. To nurture his interest, his parents wanted to sign him up for the more intensive Mandarin stream. At his school, Mandarin classes were divided into two levels: one for non-Chinese families and one for Chinese families.

However, because he was from a non-Chinese-speaking background and because he was already eight years old when he first started lessons, Roman’s teachers were sure that he would struggle with Mandarin. They discouraged his parents from placing Roman in the level designed for Chinese families.

But Roman was bored where he was. He found the level he was in too basic. At his request, his parents paid for extra Mandarin classes for him outside school. Just before he was 13 years old, Roman accompanied his father on a trip to China. His father found that even though he had been taking many lessons for a long time and his school grades in Mandarin were very good, Roman could not do something as simple as order his father a cold beer!

His father asked me how this could be. My explanation was simple – the vocabulary Roman would have learned at school is academic and would not necessarily relate to everyday life. It was at that time that Roman came to me once a week for one to two hours to speak Mandarin. Not to have classes; our sessions were informal “chats” where we’d talk about our week or what’s been on our mind . . . like friends catching up. The aim was to make Mandarin come alive for Roman – so it became not merely a language that is used in a classroom but a living language.

By the age of 16 years old Roman and I had stopped our weekly chats, however he continued to have a keen interest in Mandarin. He speaks well, is able to read and write, is fluent and has no accent. His mother told me he would like to spend a year at a university in China learning Mandarin.

Roman’s case is interesting in that, while he was enthusiastic, his parents had concerns that the extra workload that comes from learning Mandarin would detrimentally affect his other subjects. This concern proved to be unfounded as Roman excelled at school and sports. And he kept up his interest in Mandarin, thanks in large part to his parents’ very open-minded attitude that, if he liked the subject, they would find ways to support his interest. If he didn’t (as with his two brothers, who did not), then they wouldn’t push him into it. 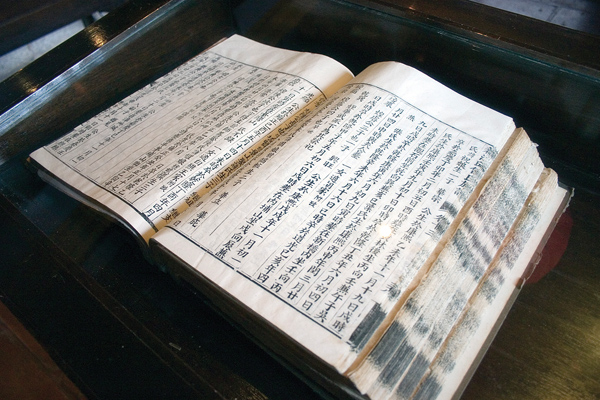 Roman had three advantages over Jacqueline:

Another factor that helped Roman was that his parents were very relaxed about his Mandarin learning. As residents here, they did not feel the pressure of time and opportunity. They had the luxury of a long-term approach to Mandarin learning.

Because he was French, no one expected Roman to be able to learn Mandarin as well as a native speaker. In Roman’s case, that was the problem – a potentially self-fulfilling prophesy that Caucasian kids (especially older ones) cannot learn Chinese as well as Chinese children. Fortunately, Roman proved this was not the case.

From these two examples, and based on some common-sense knowledge of children, some fundamental truths emerge that perhaps could be used as a guide when we are considering Mandarin learning for our kids.

Here’s an interesting titbit I came across on the website of the National Center for Research on Cultural Diversity and Second Language Learning:

One area where the “younger is better” hypothesis does seem consistent is pronunciation. The article continues, “This may be because pronunciation involves motor patterns that have been fossilised in the first language and are difficult to alter after a certain age because of the nature of the neuro-physiological mechanisms involved. It may also be that we do not understand very well how to teach phonology in a second language.”

Not every piece of research draws the same conclusion. Either way, I believe in these three key points: