7 Common Back to School Bugs to Watch Out For

This season marks the time of year that kids are most likely to pick up an infectious illness from school. From the common cold to conjunctivitis, here’s the lowdown on the most common back-to-school bugs, and how to keep your kids healthy. 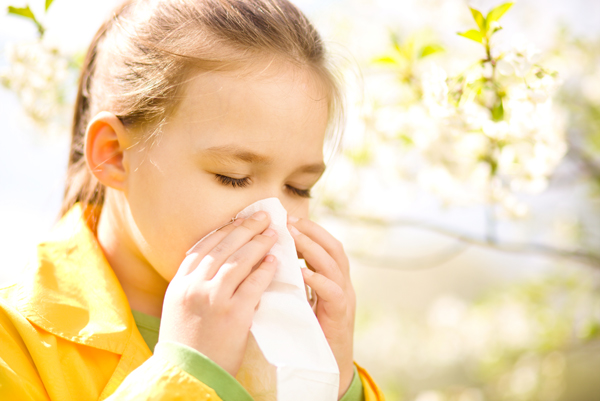 The common cold is undoubtedly one of the most widespread and contagious of infections, simply due to the manner in which it spreads. All it takes is for a child to sneeze or cough, and tiny little respiratory droplets go airborne, and everyone is susceptible.

Colds are viruses that affect the nose, throat and sinuses. Common symptoms include a temperature, nasal congestion or pain, sneezing, coughing, a hoarse voice and a runny nose. Colds tend to last longer in the under-fives, with their symptoms typically lasting from ten to 14 days.

Along with frequent hand-washing, taking a reusable water bottle to school instead of using the water fountain can reduce kids’ risk for colds and other infections, since the parts of the fountain that students touch can become contaminated with germs. Make sure to wash the water bottle thoroughly every day. If your kids do catch a cold, teach them to sneeze or cough into a tissue (or the inside of their elbow, if they don’t have a tissue) instead of their hands, so they don’t spread the virus to everything they touch.

Viral stomach bugs are highly common in children and can be spread quickly. Symptoms include diarrhoea, vomiting, high temperature and stomach pains. Although stomach bugs are generally not serious, affected children can often become dehydrated, so they should be given plenty of fluids.

Viral stomach bugs spread between classmates via hand-to-mouth transmission. Teaching and encouraging your kids to wash their hands regularly, especially after using the toilet, is essential to minimise the spread of infection.

Children should be kept away from school and other children while they have symptoms and for at least 48 hours after the final episode of diarrhoea or vomiting. Generally a visit to the GP is not required, but if the child becomes floppy or groggy they may be dehydrated and need to see a medical professional.

Chickenpox is caused by a virus called varicella-zoster and is spread quickly and easily through coughs and sneezes. It is most common in children under the age of ten and is usually caught in winter or spring.

The virus causes a rash of red, itchy spots that turn into fluid-filled blisters, which then develop into scabs that eventually drop off. Scratching should be discouraged to minimise potential scarring. Applying calamine lotion will help soothe discomfort and minimise itchiness, while paracetamol will help ease the associated viral symptoms such as fever and malaise. Children are infectious from a few days prior to the onset of the rash and for five days after the first blistered spots appear. Keep your affected kids home and away from other kids during this time.

Although this skin rash is common in kids aged one to ten, many parents have never heard of it. Triggered by a viral infection, it causes pink, white or flesh-coloured bumps. As the name suggests, molluscum contagiosum is contagious, mainly through skin-to-skin contact or contact with contaminated objects, such as clothing or toys.

Good hand hygiene and avoiding sharing personal items, including clothing, towels and hairbrushes, are the best ways to avoid this skin infection, which typically clears up without treatment in six to 12 months.

Read more: Find YOUR Way to Optimal Health at LifeHub 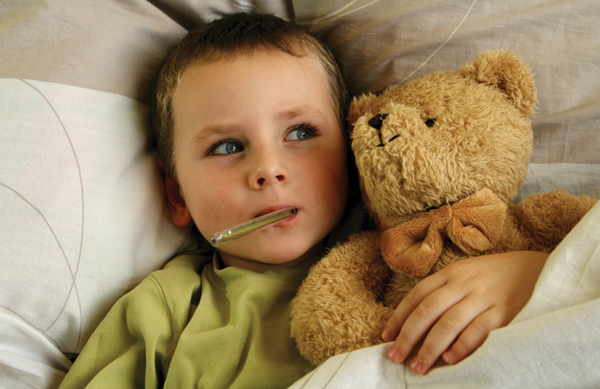 This is an eye infection, also known as pink-eye, which causes eyes to become red and sticky. The infection is present in the conjunctiva – the thin lining covering the white part of the eyeball – and the inside of the eyelids. It can easily spread from one eye to another and causes irritation, discharge and red eyes. It is much more common in kids than in adults, and can also be caused by allergies.

Teach kids not to share tissues, towels, washcloths, eye make-up (if they’ve reached that age or enjoy playing dress-up with it) or eye drops with other people. If your child has allergies, then dust and vacuum often to reduce allergens in your home and close your windows when the pollen count is high.

This bacterial infection of the throat is most common in kids aged five to 15 and can sometimes have serious complications, including rheumatic fever, which can damage heart valves. Caused by group A streptococcal bacteria, strep throat strikes in crowded environments such as schools. Although it can occur any time, late autumn and early spring are the peak seasons.

Good hand hygiene and avoiding sharing food, beverages, eating utensils or toothbrushes are the best ways to avoid strep throat. If your child catches it, sanitise his or her eating utensils in very hot soapy water or the dishwasher. Get your child a new toothbrush once he or she is no longer contagious. Otherwise, the bacteria can survive in the toothbrush and cause re-infection.

Head lice are small brown or grey insects that live in the hair and suck blood from the scalp. Head lice cannot jump, fly or swim, but are transferred by head-to-head contact as they climb from the hair of an infected person to the hair of someone else. They are most common in children aged four to 11 years old.

To avoid catching it, discourage kids from sharing hairbrushes, combs, hair ornaments, scarves, ribbons, hats and other headwear. Avoiding head-to-head contact during play can also curb the spread of lice.