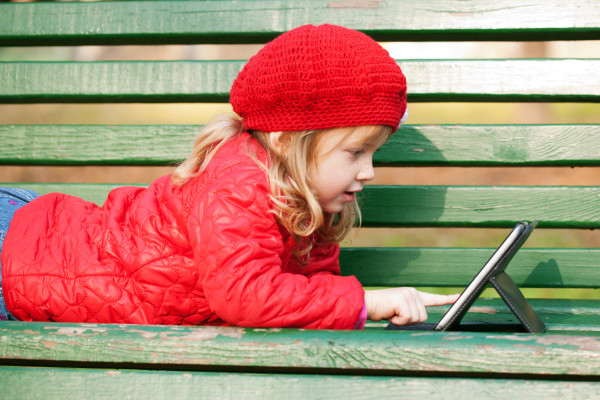 So Santa delivered and left that iPad mini under the tree for your seven-year-old, your nine-year-old just brought home a new laptop from school, and your pre-teen spends every free moment furiously tapping away on her phone like her life depends on it. These are all common scenarios in Hong Kong, but ones that could be causing a host of vision problems for this generation of kids.

Hong Kong ophthalmologist Dr Christopher Yu says since the introduction of popular handheld devices over the past decade, problems such as myopia (also known as being near- or short-sighted) have increased dramatically in younger children. “In previous generations, it was more common for us to prescribe glasses for myopia for students in secondary school. Now, we see plenty of children in primary school who need assistance with their long-distance vision,” he says.

Problems occur when the eyes are focused at a distance of less than half a metre for lengthy periods of time without a break.

It used to be that kids would do their homework and read at short distances, but their leisure time was spent outdoors or doing activities that require a longer distance of focus. Even watching television requires sitting several metres away from the screen.

Now, many kids spend much of their leisure time glued to handheld devices or laptops, playing games, communicating with friends or simply surfing the net. The eyes can become so accustomed to the shortened field of vision that they lose their ability to work properly for distance vision.

Myopia is now common in kids where neither parent has the condition, and is occurring much earlier in kids who have a genetic predisposition.

The first indication of a problem is when kids start squinting to look at objects in the distance. They might also begin moving themselves closer to the TV for a better view or complaining of not being able to see the whiteboard at school. When symptoms occur, it’s time for an appointment with the eye doctor.

“For the first appointment it’s better to see an experienced ophthalmologist, who will be able to rule out any other issues, and who has the specialised equipment to give an accurate prescription for glasses,” says Dr Yu. “It’s important to get the first prescription spot on, as glasses that are too strong or too weak can make myopia worse in eyes that are still growing and developing.”

There are steps you can take to improve your child’s odds of having better vision. Experts recommend introducing handheld devices to your child as late as possible, and definitely not before age five. That means fighting the urge to hand over your phone or iPad to keep Junior quiet while Mum’s having a coffee and chat (oops, guilty as charged!). It’s also best to limit any small-screen time to 15 minutes. When your child is older and doing homework on a computer or laptop, have them work in half-hour stints. After 30 minutes, they should stop for a 15-minute eye break and focus on something at least 20 feet away. Even better, get them outside for some activity that will exercise their body as well as their eyes. “In countries like Australia, where more children participate in outdoor sports and activities, rates of myopia are far lower than they are in developed countries in Asia,” says Dr Yu.

Other measures include using a big-screen PC rather than a laptop, and increasing the font so the child can sit farther away from the screen. When watching a movie, it’s much healthier for their eyes to watch it on a television screen from the sofa than on an iPad on their lap.

But, if they do need glasses, don’t despair: children’s frames have improved significantly from the nerdy Coke-bottle varieties of yesteryear. With modern styles and vibrant colours, today’s kids view glasses as more of a fashion statement than vision assistance.