How to be an ultra-light parent 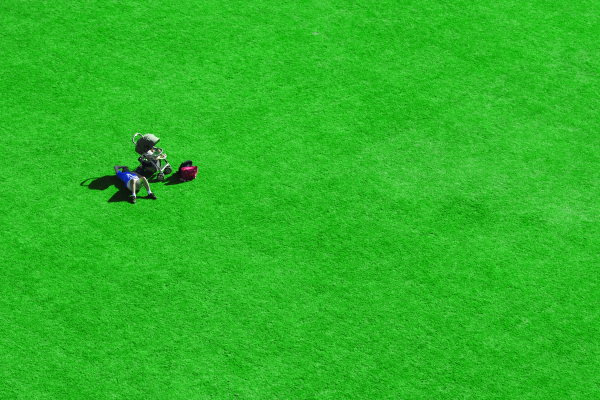 HOORAY! It was lunchtime on the school trip. Fifty-two children, four teachers and a group of parents sat down and opened their lunch boxes. The first child, Lai-kuen, had roast honey ham and salad in her sandwich. The second, Emily-Rose, had a BLT. The third child opened her sandwich. There was nothing inside it. Not even butter.

The shocked mums stared, aghast. “Whose child is this?” one asked. And that was the moment I reappeared, having snuck away from the group to do some exploring of my own.

“There’s nothing in your daughter’s sandwich,” one of the parents said. “Not true,” I replied. “There’s bread in it. It’s a bread sandwich. Her favourite.” My daughter nodded, her mouth full of her beloved Park’n’Rob white bread.

Amazingly, no one reported me to the authorities. But they surely would have done had they seen me on the Tuesday of the following week. During a single ten-minute period, three nightmarish things happened. First, a massive red rainstorm appeared and headed straight for the spot where my kids were waiting to be picked up after sports practice at an isolated location. Second, Granny had an accident and needed medical attention. Third, my domestic helper put dinner in the gas oven and then locked herself out. Our apartment was minutes away from going up in flames.

What to do? The kids had no mobile phones, so I couldn’t even contact them. But I decided to leave them to fend for themselves anyway, and dealt with the other two crises. In the event, the children got themselves home without a problem. In fact, they got home before Granny and I did.

It’s All About Parenting Styles
A few weeks later, I met one of the mums from the school trip. She thought it odd that I let my daughter eat bread sandwiches. “Just think of it as my parenting style,” I explained. “I wouldn’t call it a parenting style,” she said, sceptical. “I’d call it an arrestable offence.”

It was time to tell her about my conversion to a new method of raising children. Three incidents changed my life, I explained. The first was The Arrival of the Air Baby.

Now most of us, to be honest, try weird and bizarre sociological
experiments on our children, a process known as “parenting”. But I couldn’t do feeding experiments on my youngest child because she was an Air Baby. Air Babies don’t eat normal meals, but extract nutrients from thin air, like those hydroponic plants you get on tree branches in Sri Lanka. If we ever tried to get her to eat something, she would holler, aggrieved, “But I ate something LAST month.”

Our doctor said that there was a test to see if small children were thriving. He pinched her chubby cheeks. “She’s fine,” he said. “Children have an instinctual knowledge of what their bodies need — and it’s more trustworthy than what adults think they need.”

The second incident had to do with my nephew Sam. Sam hated anything remotely healthy and lived entirely on a diet of sausages and French fries. Every adult in the vicinity lectured him about how he would never grow big and strong unless he ate vegetables. He didn’t listen to us. He couldn’t. He was too busy growing. He grew so fast that you could actually see him expanding, like Dr John Banner bursting out of his clothes to become the Hulk. Sticking
to his French fry diet, Sam quickly became the biggest, strongest, handsomest, most healthy-looking person our family had ever produced. After he finished school, this huge young man was quickly snapped up as an actor.

Thinking of Sam and the Air Baby, I realized that there is something in every kid’s stomach called a tum-o-stat. It sends signals telling the child what to put in its mouth. If the child is going through a growth spurt, it demands protein. If the child is in high energy mode, it demands carbs. If the child is doing neither, it sends up a “nothing-thank-you” signal. (Adult tum-o-stats lack the third function, which is why we get fat.) 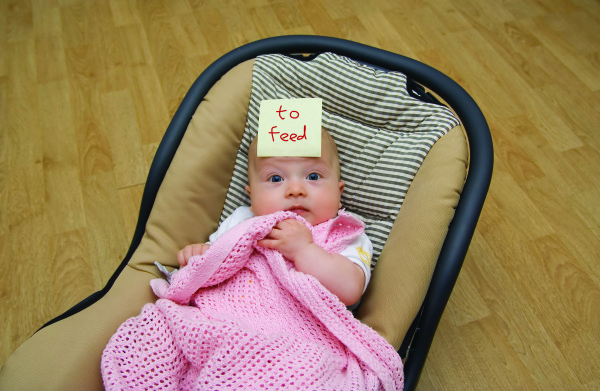 Ultra-Light Parenting Is Not Just About Food
It applies to all aspects of raising children. Later that month I stumbled on an article about baby walkers, which were being banned in several countries. Scientists had found that these devices we use to try to artificially speed up the rate at which our children learned to walk actually did the opposite.

When my neighbour’s family travels, they pack vast amounts of
entertainment activities to keep the kids’ minds occupied. When my kids travel, I pack nothing and we just gaze out of the window of the car or bus or plane.

We eventually bought a car that came with a built-in radio-CD player. I told the children it didn’t work, and it was more than 12 months before one of them pressed the button and discovered that it did. Kids need dreaming time, staring time, and being bored time.

What Do The Professionals Say?
I talked to several educators. One told me that there were four recognised styles of child-rearing. Looking at the list, I found I had tried all of them, particularly the fourth.

One researcher, Judith Rich Harris, made a stir when she studied the old question of whether nature (a parent’s genes) or nurture (a parent’s child-rearing techniques) had the biggest effect on a child’s personality. Her statistics said neither. Children get the largest portion of their personalities (and their accents) from school, from friends, from TV and so on. The main contribution of parents is to help children develop a mental list called Things Which Totally Embarrass Me.

The other factor that some professionals look at is birth order. The first child gets a lot of attention, and the second, third and fourth children get progressively less. I have a minute-by-minute video record of everything my eldest child did, however disgusting. Baby’s first poo. Baby’s first vomit. Baby’s first nose bubble.  The second child only has short recordings of birthday parties. The third? There’s no photographic evidence she ever existed.

You would think that the first child would be advantaged by the attention. But evidence suggests that eldest children are more highly-strung and later children are calmer. It is clear that being actively parented is bad for children. If you really want to be the best possible parent, hand your kids the keys and go live on a
desert island for 18 years. (If Thailand could be reclassified as a desert island, I might actually do this.)

There’s also a movement called Slow Parenting, which is a backlash against the trend towards “helicopter parenting”, in which the parent hovers permanently over the child. Becky Merrett, a senior staff member at an international school in Hong Kong, told me she knows parents trying a child-rearing system called “Careful Neglect”, which involves letting kids make their own decisions and intervening only when really necessary. (If they are about to fall off the sofa, let them. If they are about to fall off a mountain, intervene.)

“Idle parenting” doesn’t work for me: idleness sounds too close to laziness. “Slow parenting” is not quite right, either. Who wants slow kids? And “careful neglect” sounds too much like something you can be arrested for. So that’s why I propose we start a movement called Ultra-Light Parenting. We still parent our children, but we just don’t do it heavy handedly. 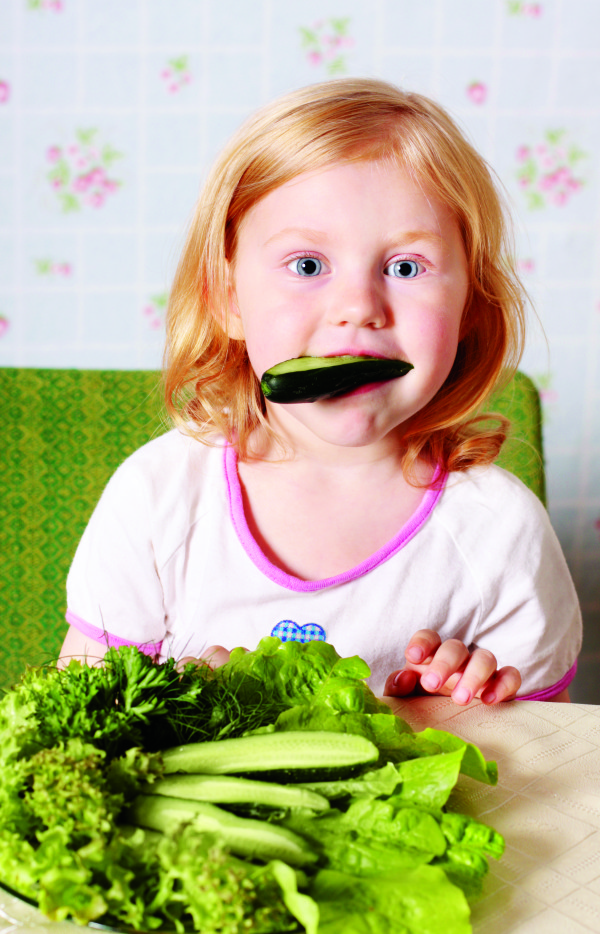 Kids Are Wise
They are not just smarter than we know, they’re smarter than THEY know. Experts have worked out why kids like pasta with no sauce,
yoghurt with no bits, bread with no filling and orange with no pulp. In their younger years, their tum-o-stats come with contamination sensors that make them resist items which are not smooth and plain. Children are incredibly well designed.

My reputation as a parent got a huge boost when we had three families for dinner on the same day that the Air Baby was having a vegetables-only day. She refused the French fries and ate only greens. “How did you get her to do that?” the other parents asked. “Good parenting,” I said.

But I soon discovered that there is nothing very original about this hands-off technique.  Laozi, the ancient Chinese sage, stumbled on the same thing many years ago. His catch phrase was Wu Wei, which means “act by not acting”.

At that dinner party, I made an irresistible offer. “Now, who would like a bread sandwich and pasta with no sauce?” “Me-me-me,” all the younger kids shouted at once.