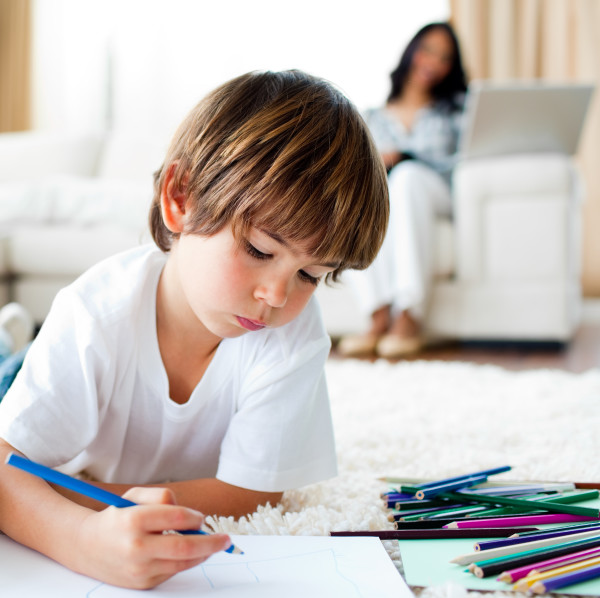 Last weekend’s art homework was a frustrating experience for 11-year-old Tom. He was asked to cut lots of different coloured snippets from magazines and arrange the pieces in shade order to make a collage colour wheel. Tom is usually a capable child but, on this occasion, he was completely stumped. However long he stared at the pieces of coloured paper, he just could not work it out. It was something he would never be able to do, because Tom is colour blind.

Colour blindness – or colour vision deficiency (CVD) as it is more correctly known – is thought to affect one in 12 males, and one in 200 females. CVD does not generally mean that a person sees in black and white, but rather that he will not be able to see the full spectrum of colours, and will be unable to distinguish the differences between certain colours and shades. By far the most common form of CVD, accounting for 95 per cent of cases, is red/green colour blindness, where people may not be able to interpret colours with either red or green in their composition. For example, if a person cannot see red, he also cannot recognise the red part of purple, so he will see it as blue, and a red dress will appear as murky green.

Although the severity of CVD varies enormously from person to person, for some people the names “red”, “orange”, “yellow”, “brown” and “green” are simply different names for the same colour. According to statistics from the campaigning organisation Colour Blind Awareness, a person with moderate red/green colour blindness will probably only be able to identify around five colours out of a standard pack of 24 coloured pencils. Inevitably, this can present challenges in many areas of life, not just in the art class.

CVD involving the colour blue is far less common than red/green colour blindness – it accounts for only five per cent of colour blindness, and it affects men and women equally, as it is passed on via a different, non-sex-linked chromosome. But CVD is not always genetic. Less commonly, people can develop it in later life, either as a result of long-standing illnesses such as eye disease, multiple sclerosis, liver problems or diabetes, or as a result of a trauma or injury to the head or eyes.

Like the majority of people with colour blindness, Tom inherited the condition. His mum, Paula Lambert, from Discovery Bay, explains, “My dad and three of his brothers are colour blind. I knew it ran in the family, so I was looking out for it in Tom from about the age of three. I noticed that he was having trouble identifying colours when he seemed to grasp other things, like shapes, pretty easily. When he was at kindergarten in Mid-Levels, an optician came round to give the children routine eye tests, and he told us that Tom had failed his colour blindness test. Although testing at such a young age can be inaccurate, in Tom’s case they were definitely right.”

The early years at school can be some of the hardest for a child with CVD. Paula remembers picking Tom up from a different kindergarten one day, and finding him desperately upset: he had been made to miss playtime as he hadn’t finished his colouring in, a task he never enjoyed. And leaving aside the frequent colouring and painting – which a child may find demoralising and confidence-sapping if he is constantly being told he is using the “wrong” colours – during the pre-reading years, there is a heavy reliance on colour coding. Children might regularly be asked to put the crayons in the green tub, put the balls in the yellow bag, or put the books in the red tray. A child who consistently struggles with these instructions can sometimes be seen as uncooperative if his CVD has not yet been diagnosed.  Surprisingly, most teachers currently receive no specific training on dealing with colour blind students. 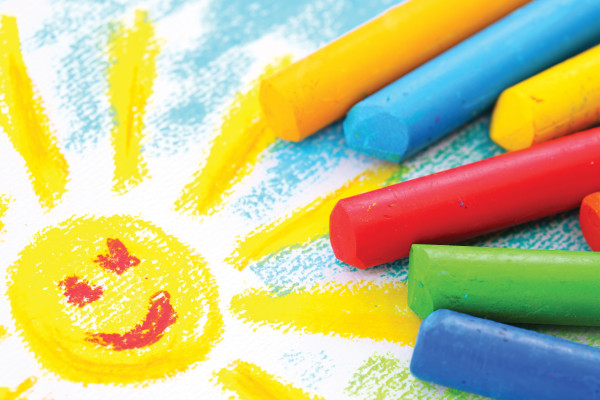 As a child moves up through school, the challenges can continue, especially for those whose CVD is most severe. In maths lessons, how can a child count the number of red cars, or shade his graph red if he can’t work out what “red” is? In science, how can he record a litmus result if he cannot read the colour of the paper, or interpret a colour-coded diagram if the colours all look the same? In PE, how can he be sure if he is cheering the right team if both sides’ strips look the same, and how can he swiftly spot the orange hockey ball or red football if it merges into the green grass? And in IT, how can he tell whether the light on an electronic device is flashing red or green?

Parents, children and teachers have devised many strategies to help overcome some of the challenges faced by learners with CVD at school. The number-one priority is communication. Paula makes a point of telling Tom’s teachers about his colour blindness at the start of each school year, and many experts recommend giving the school a copy of a child’s optician’s report, which should then be attached to his school notes. Teachers then have the opportunity to think about how they can present colour-coded information in a different way – for example, they might choose to shade a diagram with straight or dotted lines, or label it, instead of using blocks of colour. Smaller steps, such as making sure a child always has access to a set of colouring pens and pencils labelled with their colour name, can also be invaluable, so children do not have to continually ask teachers and peers if they are using the right colour. By the time a child reaches the exam stage, it is useful to remind the school that a child might need help with certain colour-related tasks. In external exams, find out what help (if any) is allowed.

Technology can also help overcome some of the challenges of CVD. There are many apps for smartphones and iPads that can identify and name colours from the device’s video or camera functions, and some that “translate” the colours in pictures and videos into a range that people with CVD can see. Some schools let pupils use apps like these, such as iDaltonizer, to help them differentiate between colours, which can be useful for looking at geography atlases, or for studying graphs and charts. Specially designed tinted contact lenses or glasses also exist to help wearers differentiate between colours, although reports of their efficacy vary. 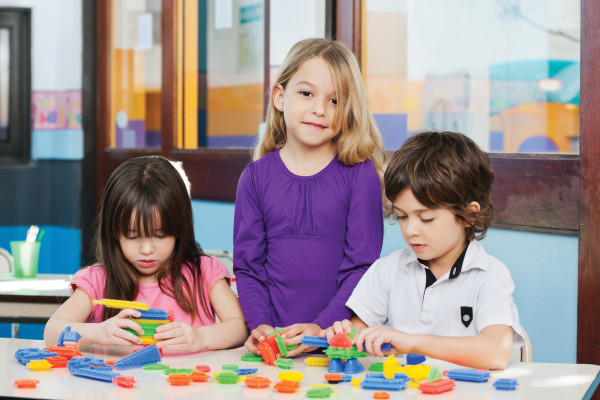 A child’s colour blindness may also have a bearing on his future, as certain professions where distinguishing between colours can be a safety issue (such as the airline industry or many engineering or electrician roles), may be impossible to pursue. Early diagnosis and relevant careers advice can be invaluable in managing expectations. Paula explains, “If you know early, you can prepare for it. My uncle wanted to be a policeman, and was told that he couldn’t and was devastated. The earlier you know, you can steer them away from professions they won’t be able to do.”

But that does not mean that colour blindness is a barrier to every career where colour plays a large role. There are colour-blind artists (there are suggestions that Van Gogh was colour blind), art teachers, graphic designers and fashion designers.

And for most children with CVD, their number-one gripe is not about possible limitations to their career far into their unimaginable future, but more about an experience that can happen to all people with CVD on an almost-daily basis. Paula explains, “Tom says it’s annoying when he mentions his colour blindness to the teacher as everyone in class ‘tests’ him by saying ‘What colour is that?’ and ‘Do you see in black and white?’, which he finds irritating!”

Comments and “testing” from classmates aside, children with
CVD have to continually compensate for their impaired colour vision. They have to keep translating what they actually see into what they think other people see, and then make sense of it for themselves. School brings enough challenges and for a colour blind child, trying to achieve a physically impossible task such as reading a pie-chart filled with similar-looking murky green shading with no-one to help, shouldn’t be one of them.

Classic signs that a child may have CVD include:

If you suspect your child might have CVD, discuss your concerns with an ophthalmologist or optometrist, who will be able to test for colour vision. The most common test used to detect red/green colour blindness is the Ishihara plate test, where you are shown a series of discs containing dots of different colours. Some of the dots form numbers (or shapes for children who have not yet learnt their numbers) – people with CVD may not be able to see the numbers or pictures.