Tap water is going to save the planet 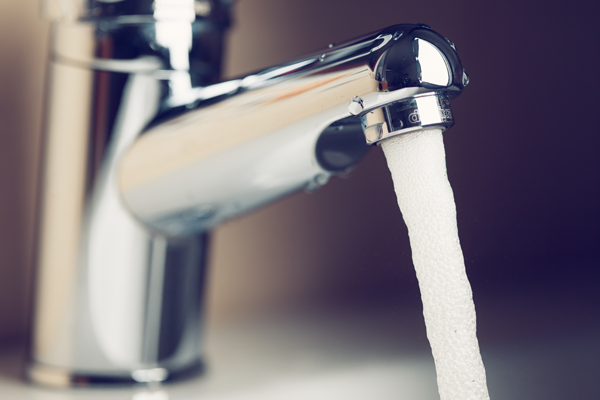 It is not easy to run when you are carrying the water-tank part of a water cooler. Especially since it was full. But I had no choice. My victims would be returning within minutes. I staggered across the room and managed to replace the doctored water container on top of the cooler seconds before they returned. OK, so I managed to totally soak my trousers, but no one seemed to think this was odd. (A bit worrying, that.)

It was a warm day, so my wife and children were soon glugging down the innocent-looking liquid I had put in the cooler. “Ahh,” they said. “That’s GOOD.”

Before the police get their poisons and narcotics department to arrest me, I should point out that the victims were my immediate family, so I am fully entitled to poison them (and do so regularly, whenever it’s my turn to cook).

But I wasn’t trying to kill them (on this occasion, anyway). I had filled the tank of the water cooler with what is reputed to be a dangerous, noxious substance: Hong Kong tap water. Now I am not a completely irresponsible father and husband (only about 70 to 80 per cent) so, before doing this experiment, I spent a brief 20 years drinking the stuff to make sure it was safe.

Unlike me, my family insists on drinking water shipped to Asia from some spring in in a far-off land because they say it’s a better-tasting, safer drink. Well, now we were going to find out.

The campaign against using bottled water is growing at high speed. It will only be a matter of months before youngsters recoil from drinkers of Bonaqua as they do today from people who smoke, wear socks with sandals or buy Justin Bieber CDs. Already my kids are coming home from school with factoids such as, “Every bottle of Evian you drink generates up to 600 times as much CO2 as tap water.”

How has the world’s biggest producer of bottled distilled water responded to this trend? Watsons has coloured its website green and added this headline: “Gifting you a greener home for your future.” I was shown this by reader Karen Fu, who asked: “How is creating more plastic bottles for the dump ‘gifting’ us a greener home for our future?”

But the prize for inanity goes to a gentleman named Ng E-Jay who wrote on sgpolitics.net that “access to clean, healthy bottled water is to me a basic right” and if anyone insists on “encroaching on my right to enjoy this magnificent product, I will oppose them come hell or high water”. He lives in Singapore, a coastal city which could one day be flooded, in which case Mr Ng will face “hell and high water” in a rather more literal manner than he thinks. Mwah ha ha ha ha ha.

After a month, it was time to reveal the truth to the family. Enjoying the bottled water? Anyone feel like switching to tap water? “NO WAY, Dad. This stuff’s great. Tap water’s foul,” they said as one man.

Then I broke the news that they had been drinking tap water for weeks. They were astonished and agreed to consider cancelling the standing order with the bottled water company. Now here comes the real reason for this campaign. Switching to tap water is going to save me a small fortune! What shall I do with the money? We could probably afford to go on holiday somewhere.

Now, before you start talking about air travel’s effects on the environment, I better warn you that my fingers are in my ears and I am singing at the top of my voice so I CAN’T HEAR YOU. La la la la la la la la.

What Are the Risk Factors for Breast Cancer?

While there's no sure way to prevent developing breast cancer, there are ways to lower your risk. The number of breast cancer cases diagnosed in women in...
Read more
Trending Now

What a relief to be able to wave goodbye to our children at the beginning of the school year, grateful that schools in Hong...
Read more