Eczema can be profoundly frustrating for those who suffer from it. Paediatrician, Dr Angela Lau talks us through the skin condition, from cause to treatment.

Eczema is a chronic itchy skin condition that affects 5-20% of children worldwide. In the majority of cases, onset is before children are five-years-old with 60% suffering onset during the first year.

We don’t know the exact cause of eczema but hereditary factor plays a role. 70% of children with eczema have positive family history of atopic diseases like allergic rhinitis, asthma or eczema. There is a two to three-fold increase in risk of having eczema if you have one atopic parent; this becomes three to five-fold if both parents have atopy.

Patients with eczema have a defect in their skin barrier function. This increases water loss from the skin, which results in dry flaky skin and intense itchiness. 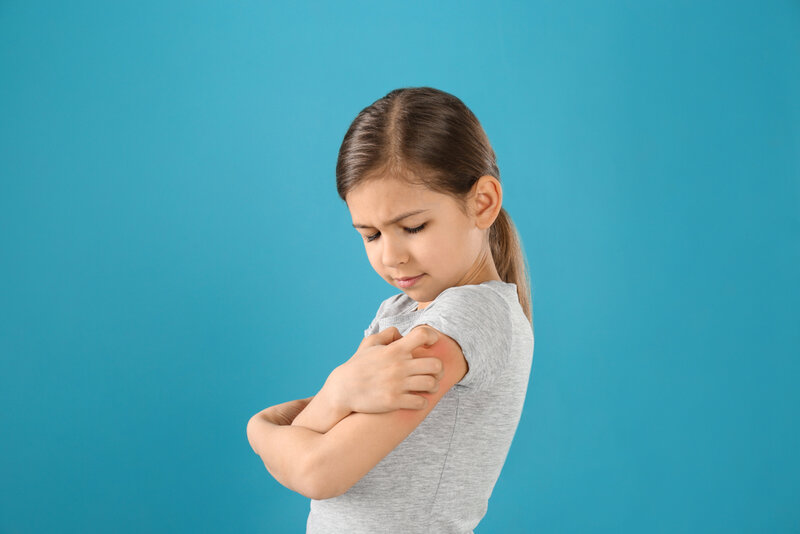 The main features of eczema are dry skin, intense itchiness and red rash. The rash distribution and appearance varies according to the age of the child. Infants and young children tend to have a red scaly, sometimes crusty, rash mainly over the outer surfaces of their arms and legs, cheeks or scalp. They often have bad cradle cap during the first three months of life. The diaper area is usually not affected.

In toddlers and adolescents, the skin is usually less red. It appears dry with wrinkles, affecting mainly the back of the neck, elbow creases, behind the knees, ankles and the wrists. Scarring is common, especially after repeated scratching.

There are other features commonly seen in children with eczema:

– Dry wrinkles around the eyes

– Dark pigment in the skin creases

– Blocked pores with bumps over cheeks, arms and thighs

– Cracks under or behind the ears 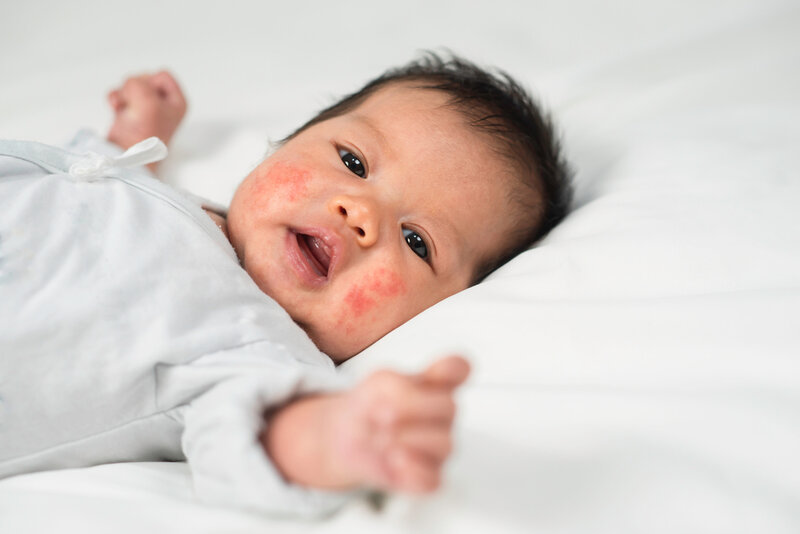 There is no specific test to diagnose eczema. Diagnosis relies on the typical features of the rash, its onset and personal or family history of allergy. Unfortunately eczema cannot be cured but it can certainly be controlled.

Eczema can be aggravated by certain triggers or irritants, avoiding them can prevent flare-ups. Possible triggers include:

– A dramatic temperature change in the environment

Keeping the skin hydrated is key to controlling eczema. Moisture improves the skin barrier function and decreases penetration of irritants. It soothes the itch, prevents scratching and subsequent infection and scarring.

Avoid frequent or long baths and use a non-soap cleanser. It is recommended to use lukewarm water and stay in the bath for less than 10 minutes. Leave the skin a little damp when getting out and immediately smooth a layer of emollient on afterwards.

For infected eczema, a diluted bleach bath twice a week can reduce the skin bacterial colonisation.

When the skin is inflamed, your doctor may prescribe an anti-inflammatory cream, such as a steroid, for control. Correct use of a steroid cream can help soothe the itch, decrease colonisation of bacteria and hence skin infection. It can also prevent lichenification, an irreversible thickening of skin from chronic irritation and scratching. For severe itching, an oral antihistamine can be used to control the itch and prevent scratching.

Areas of red, hot, weeping eczema can be treated with a wet wrap. It involves using wet garments wrapped over emollients and/or steroid creams. It cools down the skin and helps relieve itches and soreness. The cover prevents scratching and keeps the moisturiser on the skin longer to allow for proper absorption.

Eczema often gets better with age. Those who have early onset and a severe form tend to have a more persistent problem. 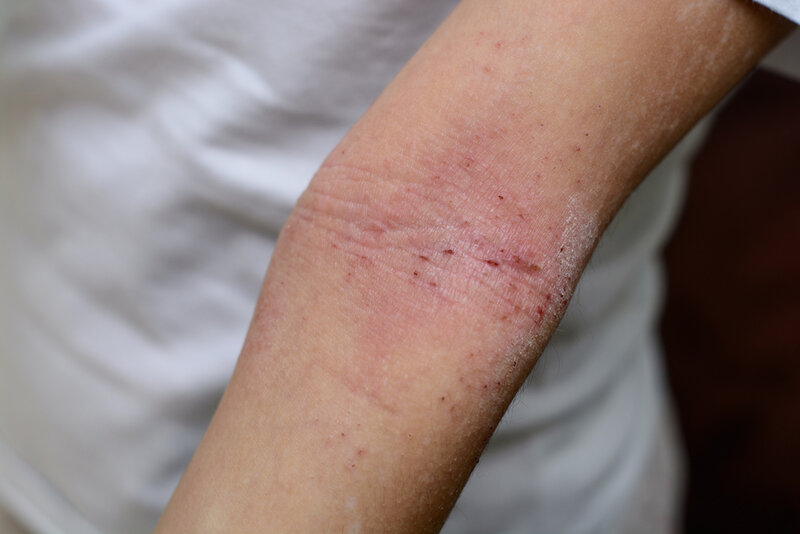 What is the Role of Allergies in Eczema?

Studies have found that food allergy plays a role only in selected cases of eczema.

Patients with food-exacerbated eczema will notice obvious flare-ups of rash after ingestion of food. An allergy test can then be done for confirmation. After confirmation, specific food should be avoided in nursing mothers for breast-fed babies and from their diet later.

It is not recommended to blindly eliminate food from the diet without any firm suspicion as this will affect nutrition intake. Delaying the introduction of solid food beyond 6 months, or food avoidance during pregnancy or nursing DOES NOT influence the risk of eczema.

Can Eczema Be Prevented?

Yes. Studies found that for high-risk groups (babies with positive family history of allergy, for example) applying regular moisturiser from birth may help prevent eczema in the first year.

Keeping skin hydrated, controlling the itch, preventing scratching and avoiding irritants are the keys for good control and healthy skin.

This article appeared in Playtimes March Issue 2017 and was updated in November 2021.

Dr Angela Lau
Dr Angela Lau received her medical training at the University of Hong Kong. She has more than 15 years’ experience in both public and private sectors before setting up her own clinic, Little Angel Paediatric Clinic. She also provides emergency services in the hospitals and special care baby units. Being a mum of two children, her motto is to provide care not only to her patients but supportive care to their families.

It’s no question our daily lives are having a big impact on the environment. You only have to look out your window on any...
Read more
Health

When it comes to gyms, Hong Kong has a lot of options to choose from. Here are our top picks of the best gyms...
Read more